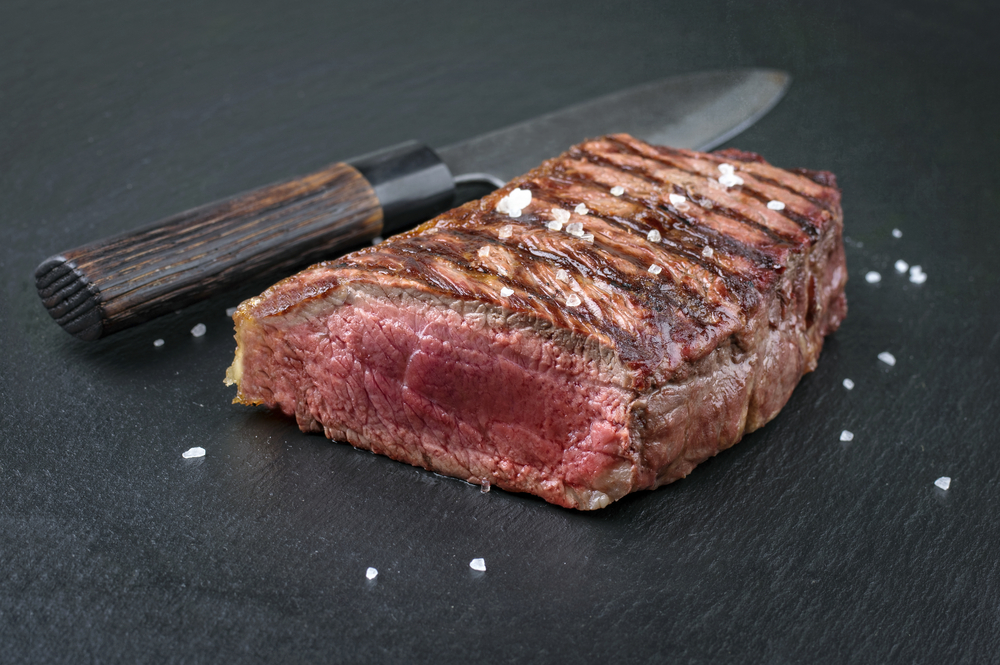 As such, round steaks are known to do better from moist cooking methods such as braising and stewing, which involves slowly cooking the meat at a low temperature.

When it comes to grill round steak these methods help break down the collagen, thus leaving the meat moist and tender.

This, however, doesn’t prevent round steaks from being grilled. They can be grilled or fried but you need to tenderize them with a marinade or break the meat fiber down by cubing it or pounding it with a meat mallet.

Grilling round steaks without having done neither will make them tough and chewy.

Round steaks are best prepared by letting them marinate in the refrigerator for at least 4 hours and then cooked to medium-rare (145 F).

It’s then served after being sliced thinly against the grain. The grilled steak makes a great meal with baked potatoes and a tossed salad or steamed veggies.

How to Grill Round Steak: 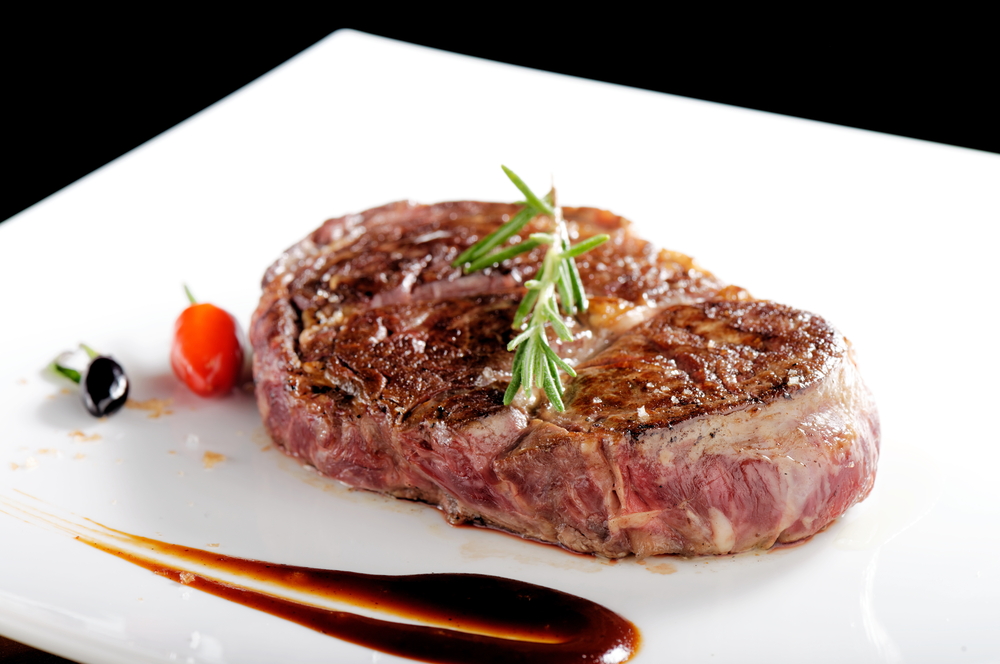 Put the steak in a large, sealable food storage bag or non-reactive container and pour the marinade over the steak.

Marinating the steak in an oil and vinegar blend flavors the steak and the vinegar serves as a tenderizer. Note that the vinegar will change the surface color of the meat from dark or bright red to a shade of brown.

Remove the steak from the refrigerator at least 20 minutes before cooking. Discard the marinade and pat the steak dry using paper towels and let the excess marinade fall off. Then, rub oil on both sides of the steak. 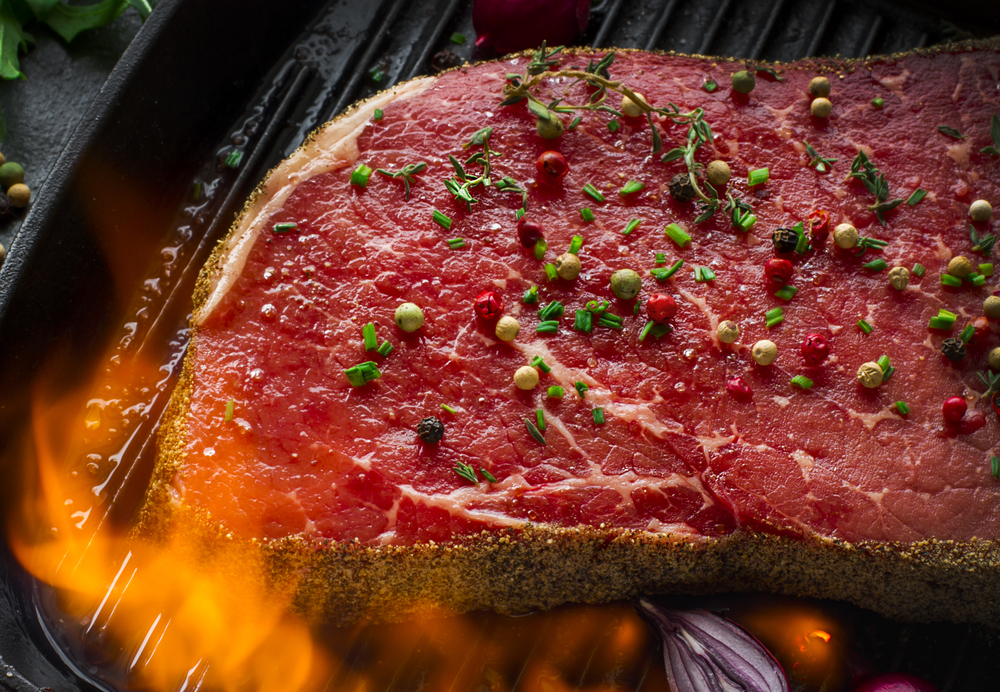 Sear both sides of the round steak in a skillet over high heat, if you’re not planning on grilling the steak. Searing is known to create a rich and flavorful crust. Heat a skillet over medium-high heat until it is hot enough to cause a drop of water to sizzle.

Do not use a nonstick skillet. Spread 1 tablespoon of oil in the skillet and heat it until it begins to separate into droplets. Place the steak in the pan and sear it for 2 to 3 minutes per side, flipping it using tongs.

When you are grilling the marinated round steak, arrange the coals in your charcoal grill to attain a hot area and a medium-hot area.

Grill both sides of the steak for 5 to 10 minutes over the hot area, and then move the steak, using tongs, to the medium-hot area. Cook with the lid closed, flipping the steak at least once until it is the desired level of doneness.

For a gas grill, grill both sides over high heat, then turn the heat down to medium. Grill for 6 to 10 minutes per side, flipping only once. Close the lid and cook to your desired doneness.

Remove the steaks from the grill and let rest for 3 to 5 minutes before serving.

Slice into thin strips, cutting against the grain of the meat, and serve with your favorite slide and enjoy!

How to Broil the Steak

While the round steak is a great steak to grill, it’s also a favorite candidate for broiling, especially when it’s not grilling weather.

Broiling round steaks give you a similar effect by broiling it, as it exposes meat to high heat from all directions. Broil this full-of-flavor seasoned top round steak and slice it thinly, against the grain for serving!

How to Make it

Preheat the broiler for about 10 minutes and position the rack in the top section of the oven so the steak will be approximately four inches from the heat source. Oil the rack.

Rub the mixture all over the steak and place the steak on the oiled rack of a broiler pan.

You can as well marinate the steak using the marinating recipe that’s been documented in the grilling recipe and proceed on to broil the steak.

Place the pan about three to four inches from the heat source and broil for 10 to 12 minutes.

Turn and broil 10 to 15 minutes longer or until the desired doneness, as per the above grilling temperatures as well.

Place the steak on a cutting board. Slice the steak thinly against the grain and serve. Enjoy!